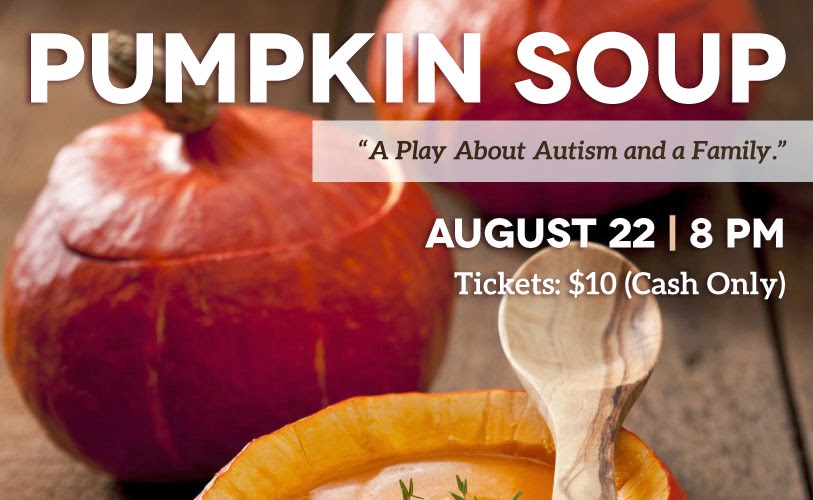 If you were hoping this was a recipe, I'm sorry to disappoint you. It's not. "Pumpkin Soup" is the name of the play that my cousin, Holly wrote and directed this summer. Yesterday night was its debut and I couldn't be prouder of her and the rest of the cast for putting on such a stellar performance!

The show was at a small – but quaint – coffee shop/bar called Full Cup in Staten Island, NY. It's a hip joint filled with interesting artwork, a stage, a couple arcade games and lots of people (that night, at least)! Tickets were sold out, resulting in a full house! Part of that was because it was a charity event for the Staten Island chapter of Autism Speaks. It is so humbling to see how generous and charitable people can be for a good cause. In addition to the proceeds from the tickets, refreshments and raffle games also helped raise some money. In total, $1500 was raised for Autism Speaks! Wow! 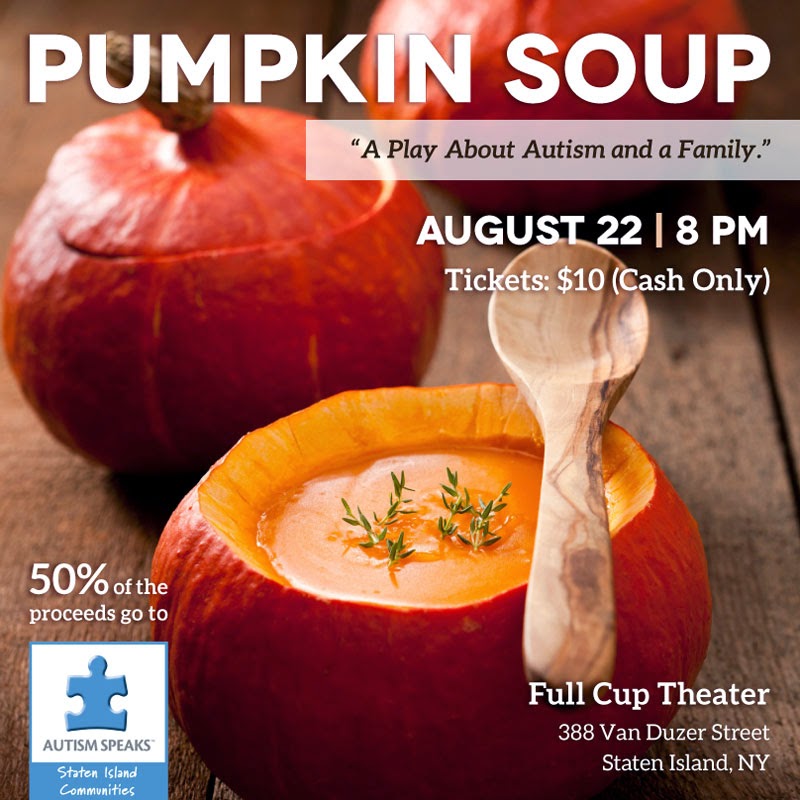 My part in all this was doing the graphic design for the programs (or "pumpkinbills" as we decided to call them), tickets and an electronic flyer to advertise the event on Facebook. I printed, folded and stapled a total of 100 programs and tickets! It was most certainly a labor of love – and well worth it! 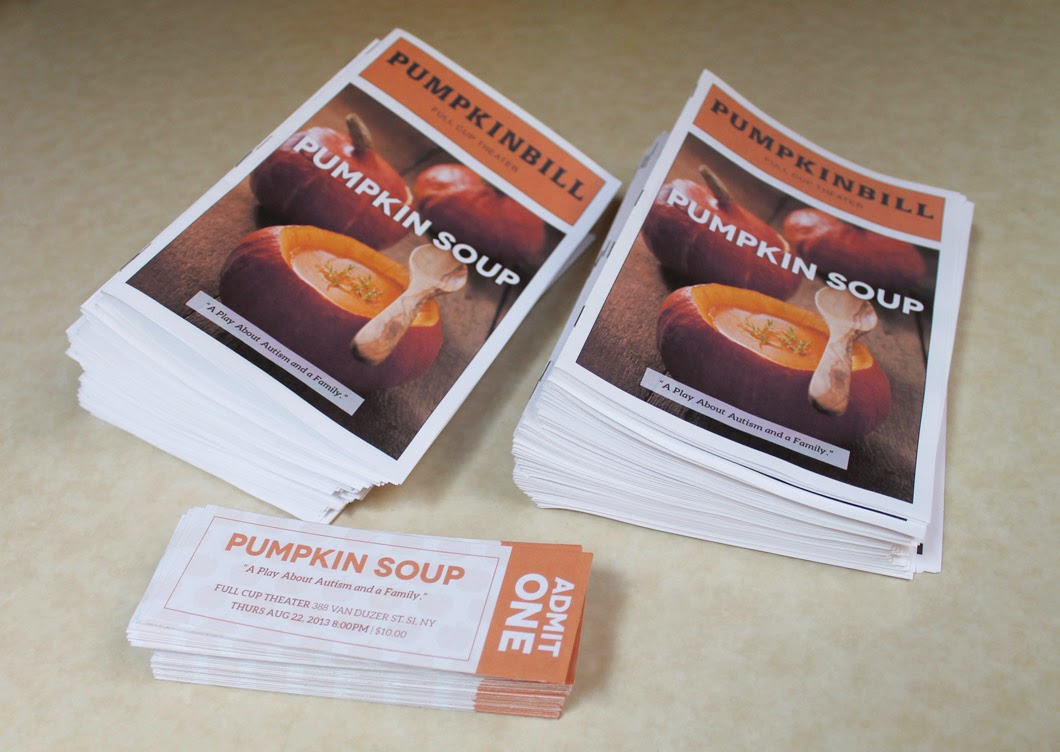 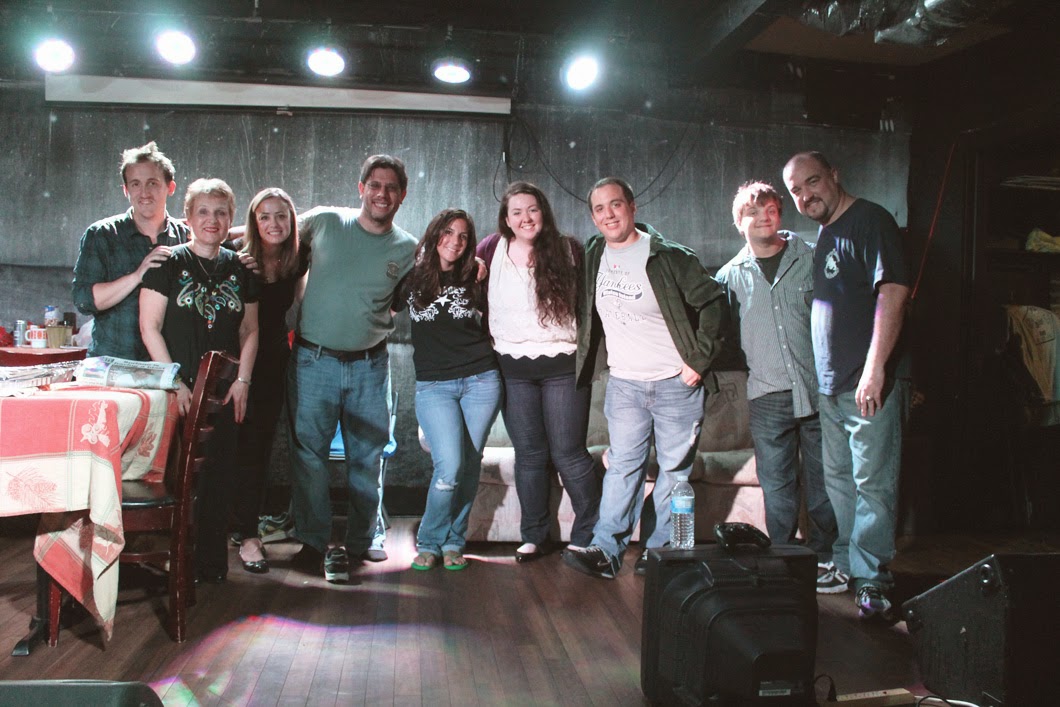 The play was very touching. Essentially it is about a family living in NYC with a child who has Autism and their interactions with family and friends. It takes place during Thanksgiving holiday weekend, where family values and food are highlighted.

After the show, the venue had karaoke. My cousins, the cast members and I spent the rest of our time singing and dancing the night away! Needless to say, it was a great event with a huge turnout and we all had a blast!

Now, who's in the mood for a nice, hot bowl of Pumpkin Soup?